The Agua Fria River is an Arizona treasure.  The Bureau of Land Management studied the river and recommended it as suitable for addition to the National Wild and Scenic Rivers System by virtue of its free-flowing character and "outstandingly remarkable values."  These values include a landscape of spectacular scenery, rare wildlife such as pronghorn antelope and native fish species, and hundreds of prehistoric archaeological sites.  In 2000, the federal establishment of the Agua Fria National Monument enabled the BLM to offer enhanced protection of these numerous and important qualities.

People have occupied and used the Agua Fria landscape for thousands of years.  The largest communities lived there in stone pueblo structures in the period from A.D. 1200 to 1450.  Some of these villages had more than 100 rooms.  The people grew crops of corn, beans, and squash; hunted game; and harvested wild plants such as agave, seeds, and berries.  They constructed large systems of stone-lined terraces to use as agricultural fields.  Use of the area by Native American people, such as the Yavapai and Apache, persisted as they continued to hunt, camp, and gather wild foods in the area into historic times.  Through many centuries, the people in the Agua Fria area maintained social connections through long-distance trade with the Hopi and other tribes.

Today there are opportunities to visit prehistoric sites, such as Pueblo la Plata and the Badger Springs petroglyph site which features prehistoric rock art.  The BLM provides information for visitors on its website and at the Phoenix District Office at 21605 N. 7th Avenue.  The Black Canyon Heritage Park in Black Canyon City also serves as a visitor center for information on the Agua Fria National Monument.

Dr. Connie Stone worked at the Arizona offices of the Bureau of Land Management for more than 24 years as an archaeologist, land use planner, and assistant field manager. Dr. Stone provided information critical to establishing the Agua Fria National Monument in 2000 and served as its first archaeologist and acting manager. Now retired, she serves as the chair of the Cultural Resources Committee of the Friends of the Agua Fria National Monument.

How do archaeologist find sites?

Sometimes they find various sites by visually observing objects on the surface of the earth that can explain anything related to understanding human life.

They can use surface surveying methods which allows a group of people to walk over land and place flags anywhere they find an object. They can in some situations use less invasive methods like drones.

On Perry Mesa (part of the Agua Fria National Monument), these agricultural terraces and check dams were used as one of their agricultural methods.  They would have reduced rainfall runoﬀ and kept the water for the plants.  This also had the effect of reducing runoff into streams and may have slowed water table recharge for the river. 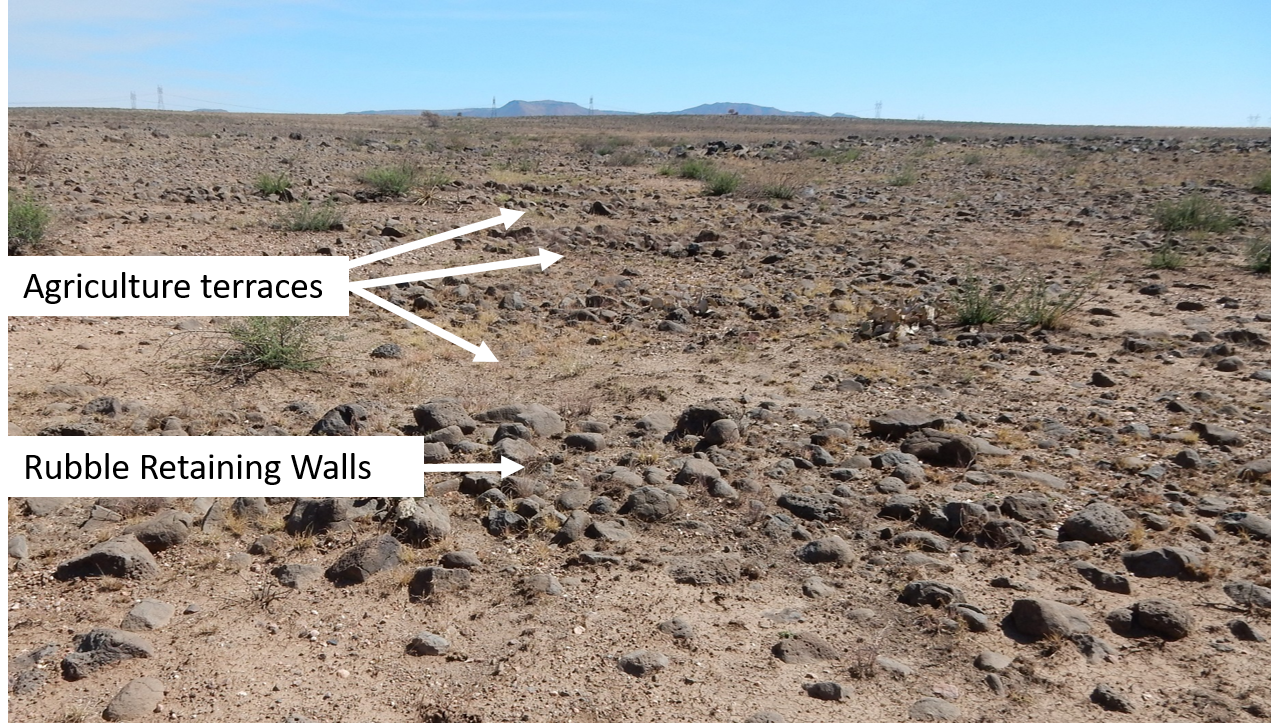 Sometimes they see remnants of the past - like these agave plants that were part of the pre-historic agricultural plots. 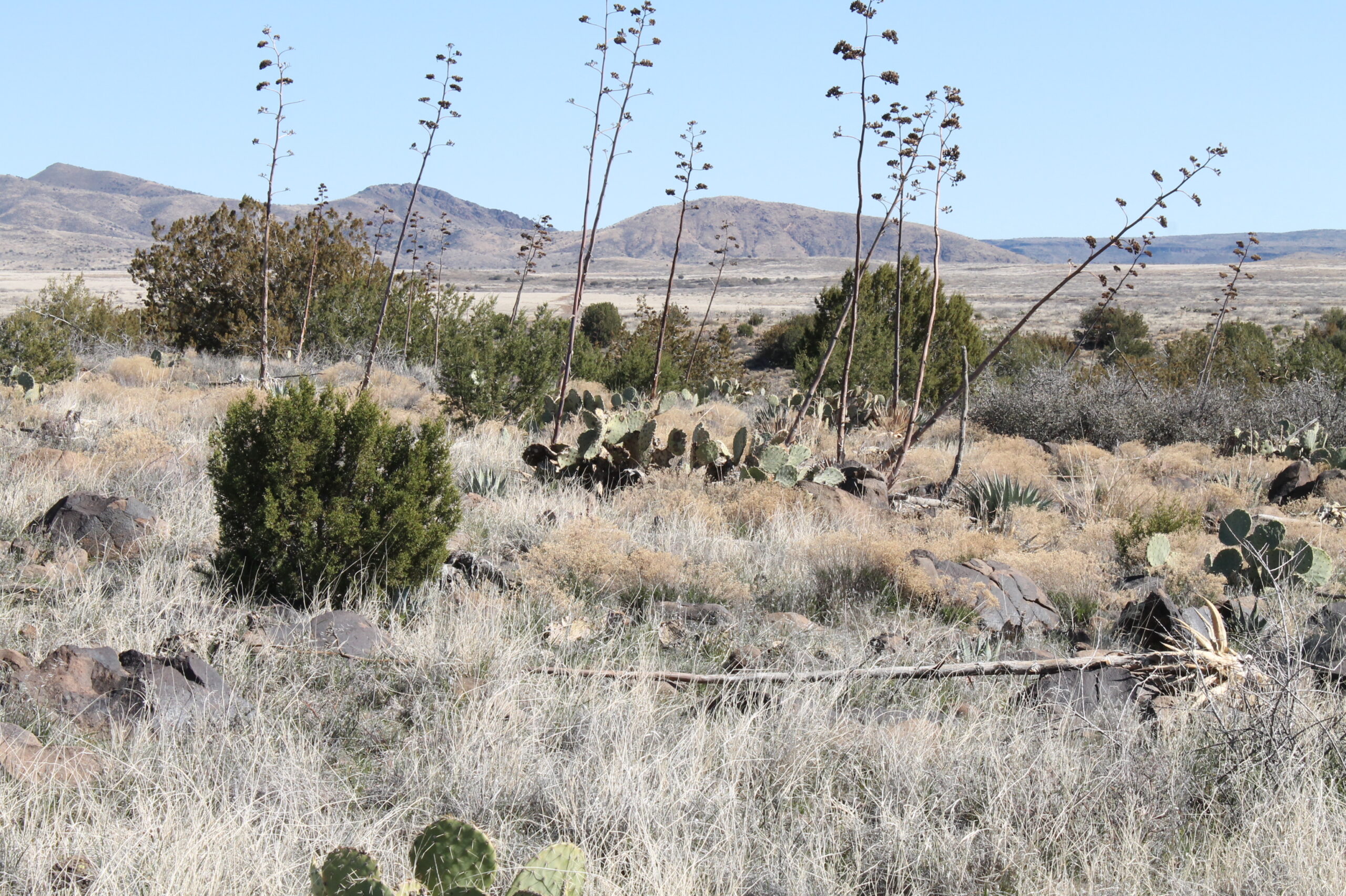